Füssen (for real this time)

It was a really busy day, and by the time we got back to the farm for the night, all I wanted to do was drink a glass of wine and eat the hashbrowns that one of our hosts was making. So I did both instead of writing a blog post. But I’m writing this post like it is still yesterday and back dating it because it will make me happy.

As I said yesterday, we cleaned the greenhouse so that we would have today off. We got a ride to the train station, which was really nice, before getting on a train to Füssen. There is an Allgäu ticket available that costs 20€ for the first person and 5€ for each additional person. You can go anywhere in Allgäu all day. So the three of us got our round trip ticket to Füssen for only 10€ a piece!

Before I get to Füssen, though, I have to share one of the gorgeous pictures that William took out our bedroom window this morning: 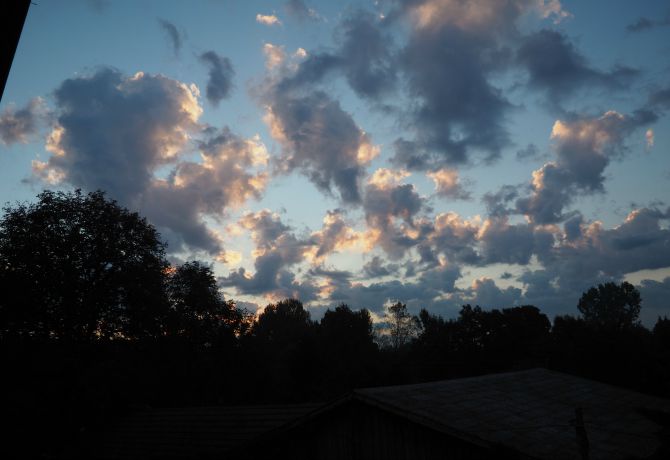 The train ride is just under an hour, and the scenery is beautiful, of course. What else can you expect from Bavaria? Lots of cute small towns, cows, pasture, and mountains slowly coming into view. It was a beautiful day for a train ride. And William took a ton of pictures! I won’t share them all because pictures through a train window are never great. 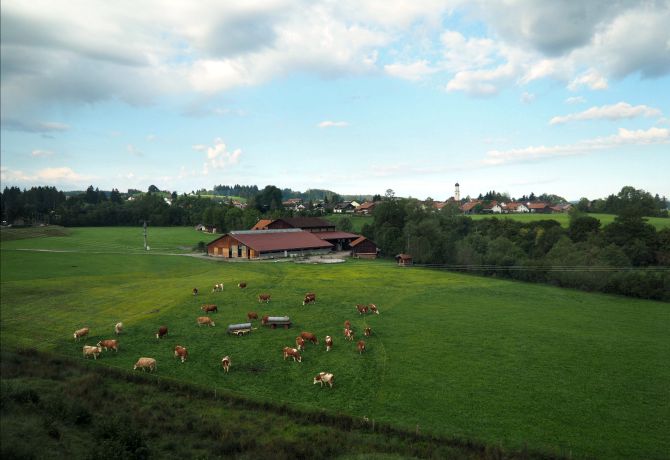 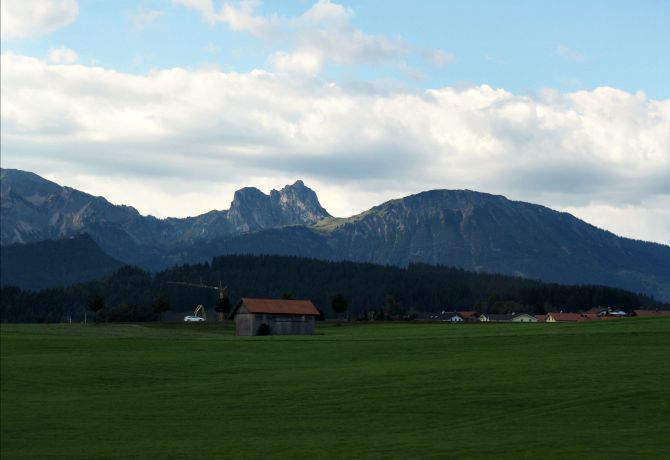 When we arrived in Füssen, we didn’t go straight to the castles. Instead, we walked around the town for the first part of the day. It was fairly quiet, not touristy like the castles are. We started by getting these little hamburgers served on a roll that are so good. We ate them a lot last year, since they are frequently available at roadside stands or at deli counters for fairly cheap. The German name is Frikadellen. 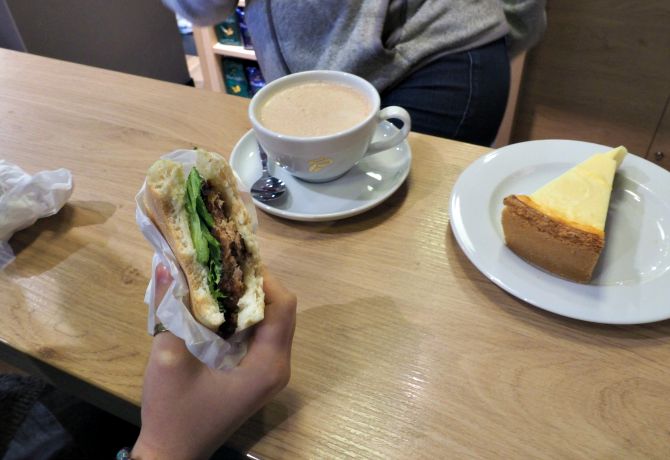 A street in Füssen

We visited three gorgeous churches, as well as a castle right in the town. In only cost 4€ to go into, but we decided to pass. Other fun sites was some beautiful painting on the buildings and a really cute dog wandering around.

Kirche St. Nikolaus – I love finding little churches squished in among everything else on the street: 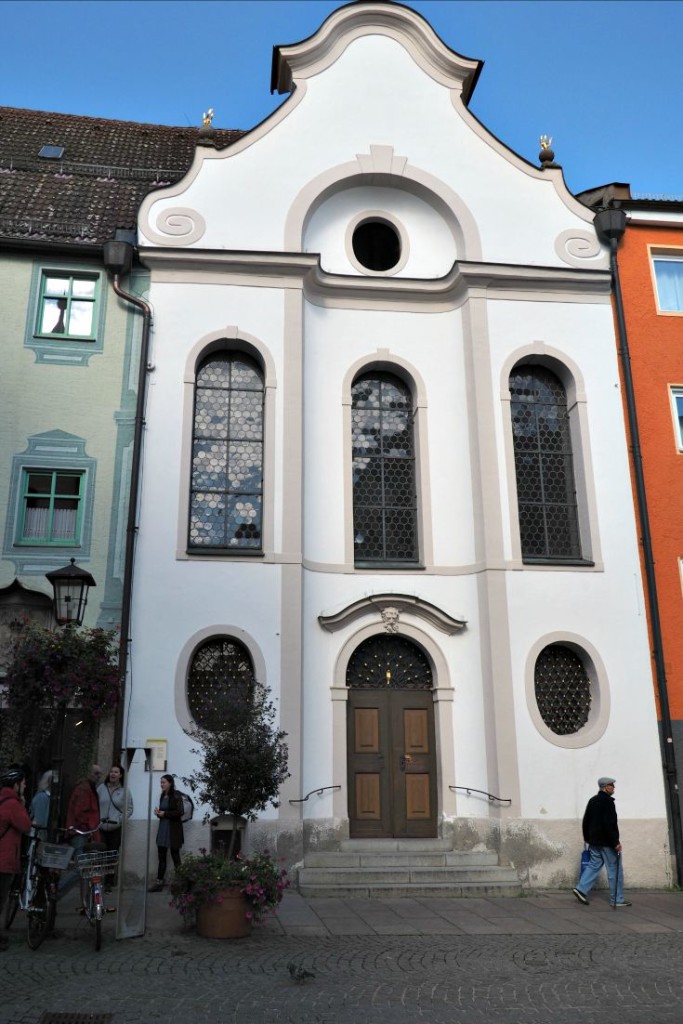 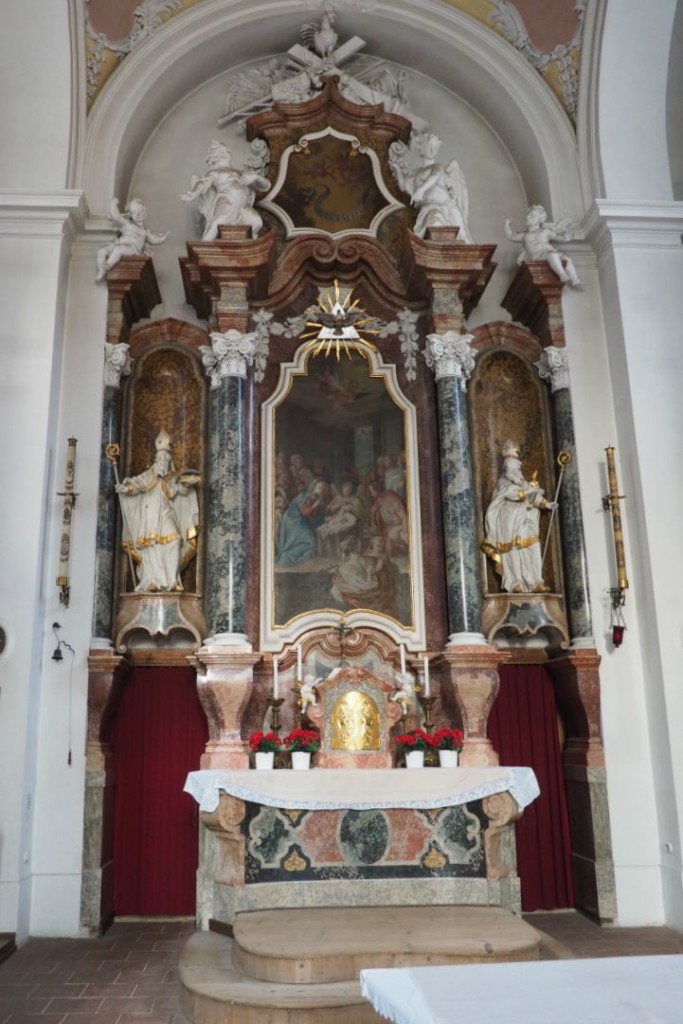 St. Mang is the largest church we visited, and seems to be the primary church of the town: 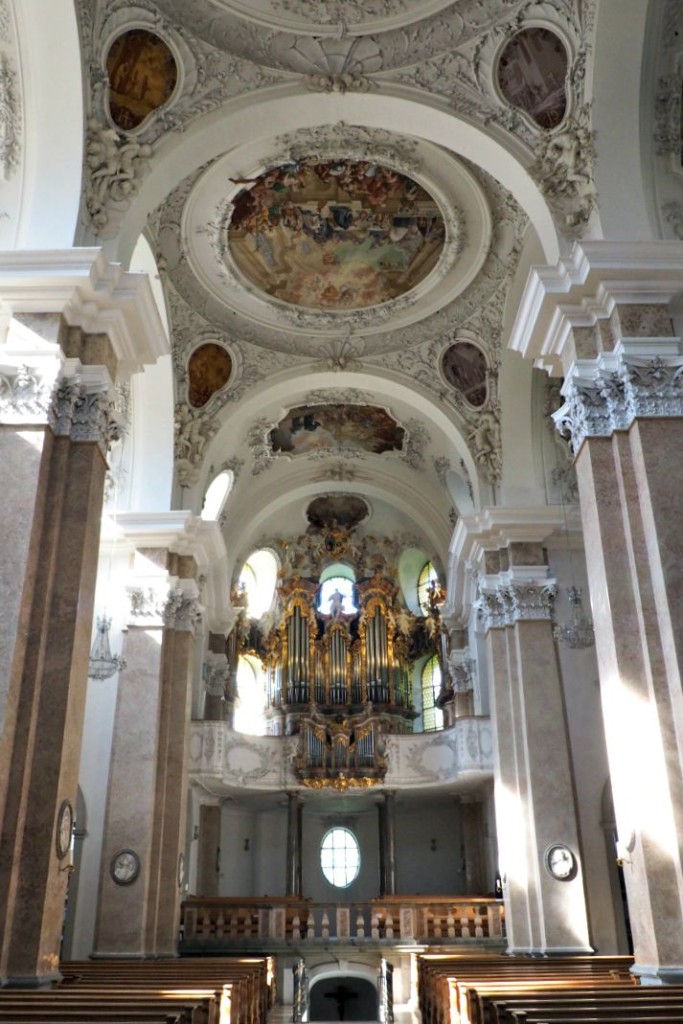 I don’t know the name of this church, but it was also small and very beauitful: 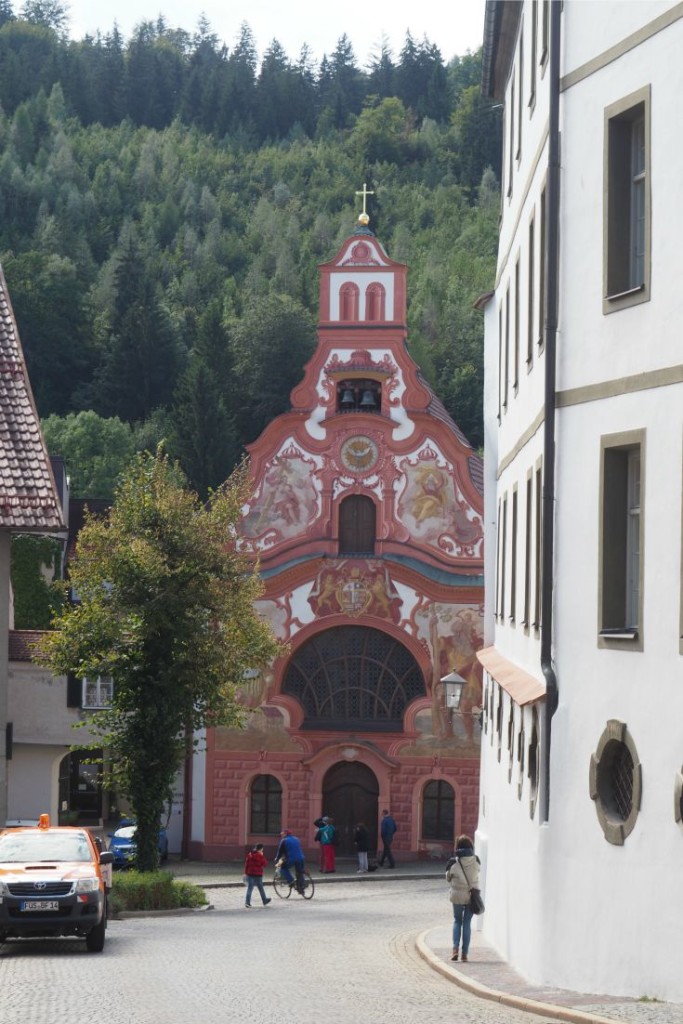 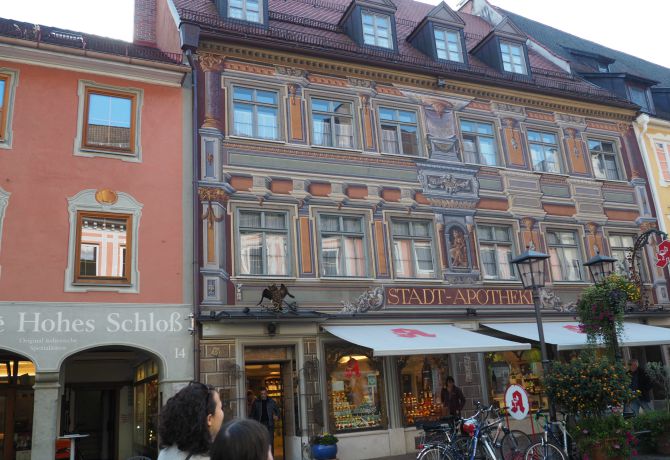 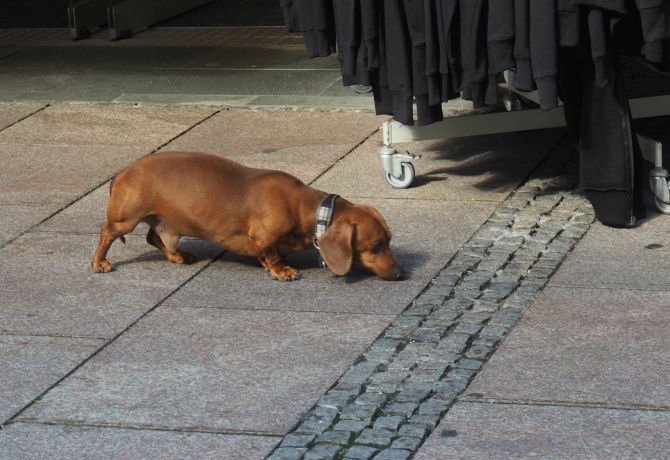 The paintings on the castle walls (most likely frescoes) were originally done in 1499! I’m sure they have restored them since then, but I still am amazed by how much history is around me every day. 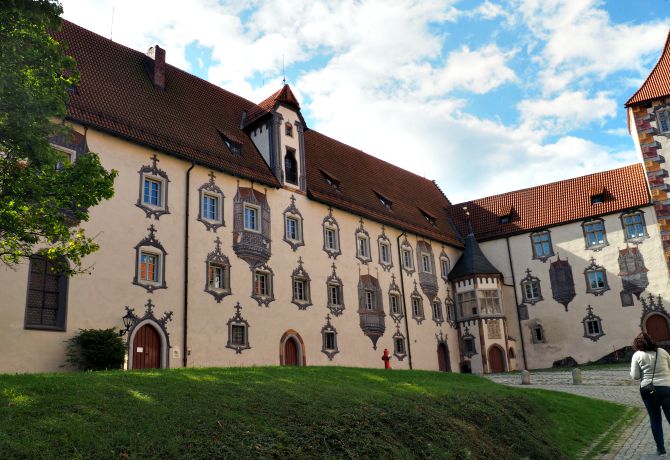 After we had pretty thoroughly toured the city, we stopped for lunch. William and I got this weird Turkish thing. Like a döner, but with a weirdly seasoned bread. It called itself a Turkish pizza and it was a liar. Way more than we needed and it wasn’t as good as we had hoped. So we followed it up with apple strudel and ice cream. 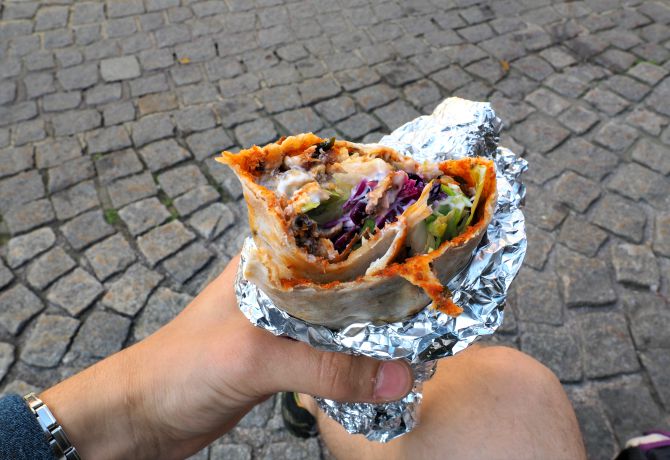 Then, on to the castles! We took a bus up to the information center 3 km outside of town, and then walked up to Neuschwanstein. It was way up there! I see why they charge more for the trip up than the trip down. It is a steep climb. At least it didn’t take the full 45 minutes the sign said it would. 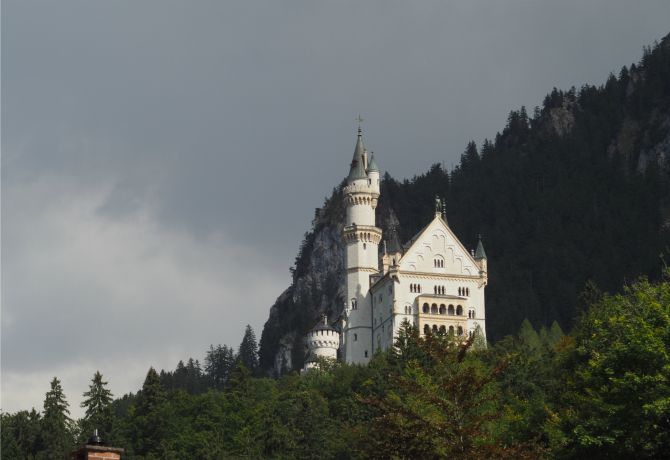 We did not actually go into Neuschwanstein, nor Hochschwangau, the other castle up there. Hochschwangau is where Ludwig II of Bavaria actually lived while Neuschwanstein (which was never completed) was being built. It costs 12€ each to get a tour of the castles. If you tour both castles, you get the whopping good deal of only 23€ for both tours. Needless to say, we just walked around and took pictures of the outside. We even got a picture of the two of us! 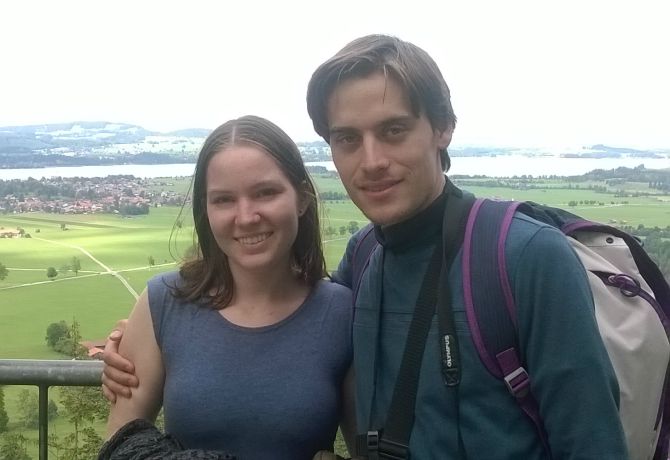 And of this guy: 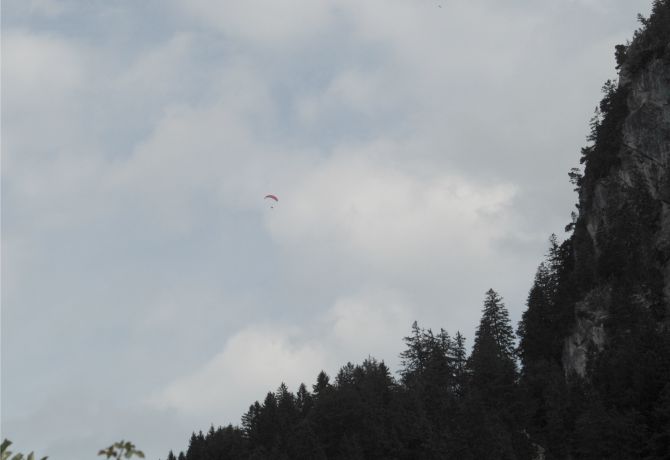 The Mairenbrücke unfortunately is closed indefinitely for construction, so we were not able to go out to the best lookout point for pictures of Neuschwanstein. I think we still did well, though. And you can’t hate on the view from near the castle: 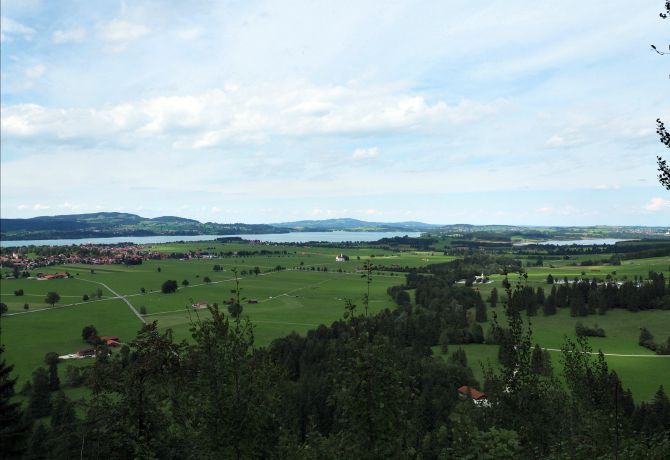 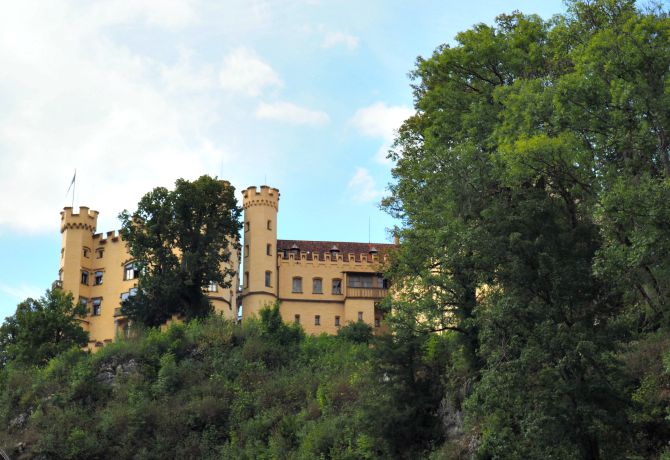 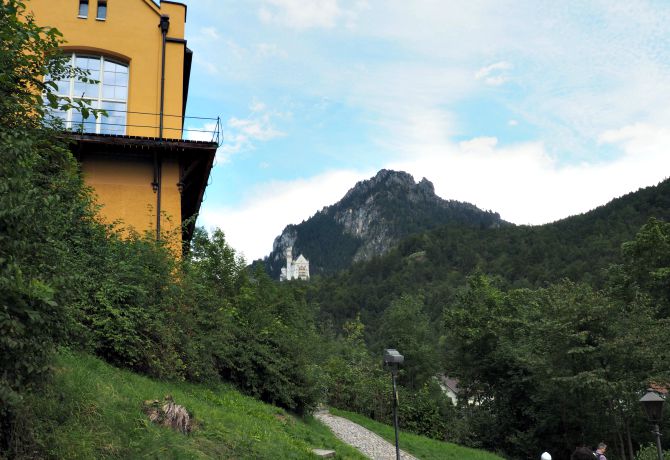 Because of a variety of factors, I was not able to wear good walking shoes on this adventure, and at this point, my feet were really hurting. I was more than happy to get on the train as soon as we got back to Füssen. We all kinda zoned out on the ride home. So much so, that we ended up missing out stop. To be fair, I don’t think they ever announced it. We got off in Buchloe and took the train back to Kaufbeuren. Definitely glad to have had our Allgäu ticket for that.

When we finally did get off the train in Kaufbeuren, we walked through a park a bit on the way to the bus station. It started raining and we saw a double rainbow. Unfortunately no picture.

And that wasn’t even the end of the day! We went straight from our bus ride to Pforzen to daily mass at the church in Ingeried. It was our only opportunity to go to a mass there. It is a very nice little church. Unfortunately there lighting wasn’t great and this is the best picture we have: 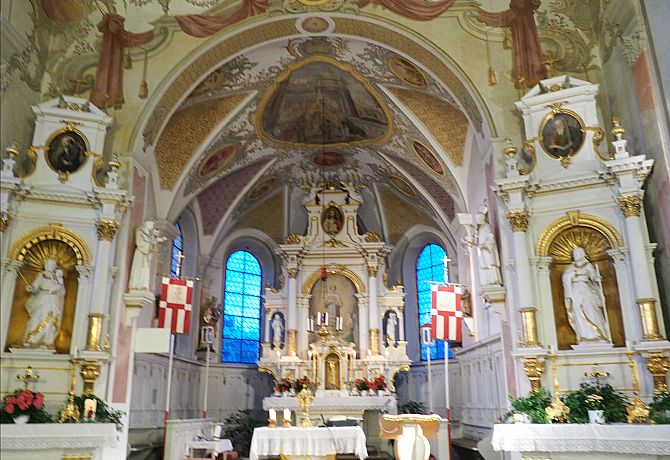 You can see why it was such a long day! But a good one. Especially because we might have some really good news for you all. Need it to be a bit more official first, though. Don’t want to jinx it!

Also, I feel I should tell you that any poor quality you see in the pictures has nothing to do with William’s camera. It is my fault because I have to crop the images down to a website-appropriate size.