Today was pretty uneventful. There is a big market at the farm tomorrow, which we have spent the whole last week cleaning for. Everything was pretty much done, so we just did a little vacuuming and that was all they had for us.

About halfway through the day, William and I talked about going into Kaufbeuren to work on some apartment stuff. But when we realized that I had told H to take the only bike I can ride for her day trip, that was shot. Instead we just walked into Pforzen to get some cash and price check at the grocery store.

On our way, we walked past what for the past two weeks we have thought was a playground. But then I saw signs next to all the equipment. I thought, “The Germans would have instructions on their playgrounds.” But as I walked closer, I realized it is not a playground. It is a gym! It was all workout equipment for certain types of movements. We had fun trying them all out. 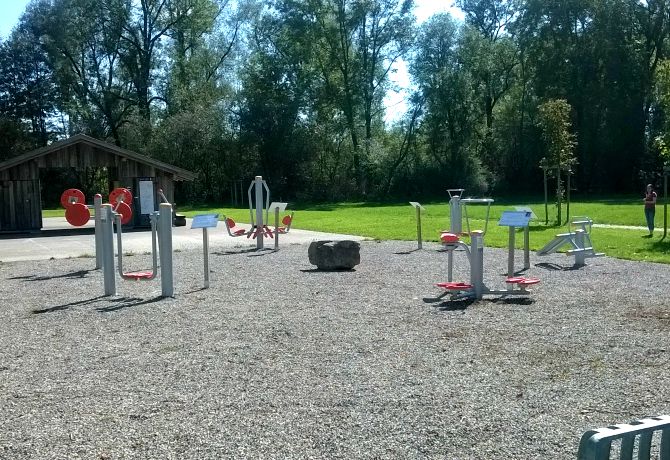 My feet are still sore from yesterday, so they were really hurting by the time we got home! I took the free time to just relax. Well, more like rest my body. I wasn’t really relaxing as I dealt with the pictures from yesterday’s huge post.

Next we were in charge of dinner. Our hosts wanted a HUGE pot of spaghetti so we could eat it tonight and tomorrow. We were given a large basket of vegetables to chop and cook before adding about 2 liters of tomato sauce. So seriously, a big pot of soup. It was kind of epic. The two jokes were “I think we need more zucchini” (there were three fairly large zucchinis to chop) and “We’re running out of pot!” (which just made me giggle to say). 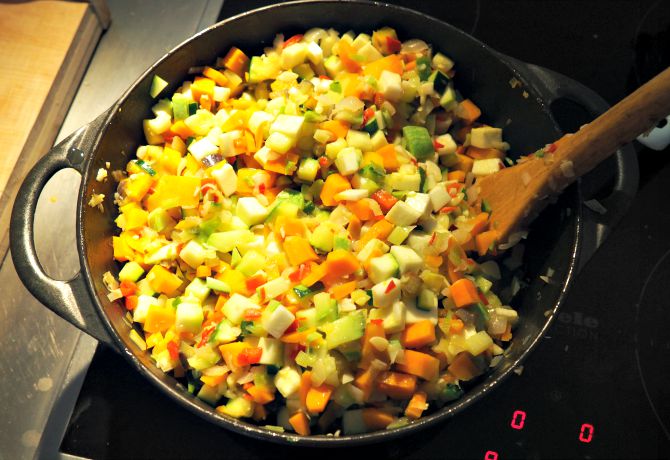 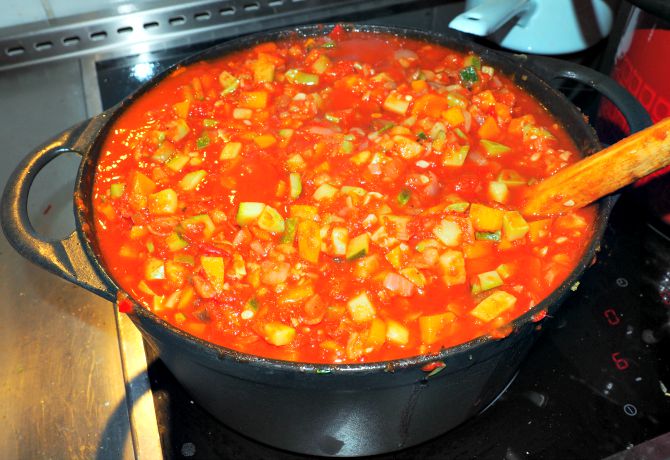 The resulting meal was delicious though. And totally made up for me not having any other produce all day. 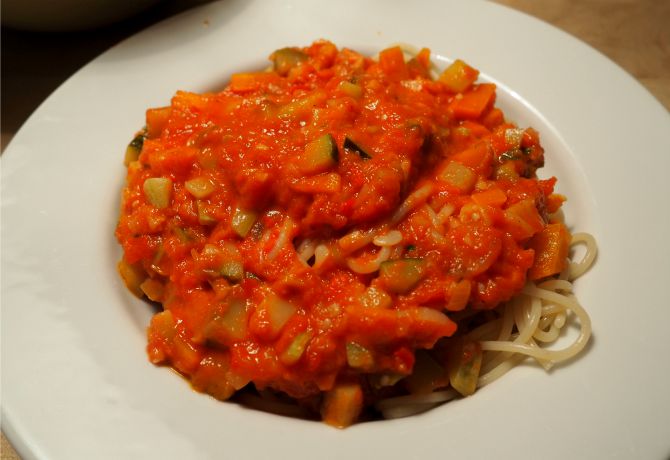 The rest of the evening was pretty chill. We were all tired. We checked out a party down the street for like two seconds, but it hadn’t really gotten started yet. The band didn’t start until 10pm, which is way past out bed time.