It is hard to be upset about your living situation when it is possible to take a day trip to Oktoberfest and Austria.

At 7:15, our train to Munich was already quite full. Of people wearing Tracht. Within a couple of stops it was standing room only. William and I were some of the only people not wearing Dirdls or Lederhosen. I have said this before: it is a stereotype that Germans wear this. Except in Bavaria during any sort of event. And for Oktoberfest, it is practically uniform. There were also people singing. And lots of beer drinking. At 8 in the morning.

We knew things would be crazy. It is a Saturday the last weekend of Oktoberfest. The weather is the best we have had in quite some time. And it is German Unification Day. This is their equivalent of the 4th of July, and it is the 25th anniversary to boot. Everything is closed. Everything. Except Oktoberfest and restaurants.

We got into Munich and headed in the opposite direction of everyone else. We stopped at Mairenplatz for breakfast. We kept it simple rather than going to a restaurant for a true Munich breakfast. Marienplatz was empty so early in the morning. Just a few locals, a few English-speaking tourists, and a lot of Asian tourists. 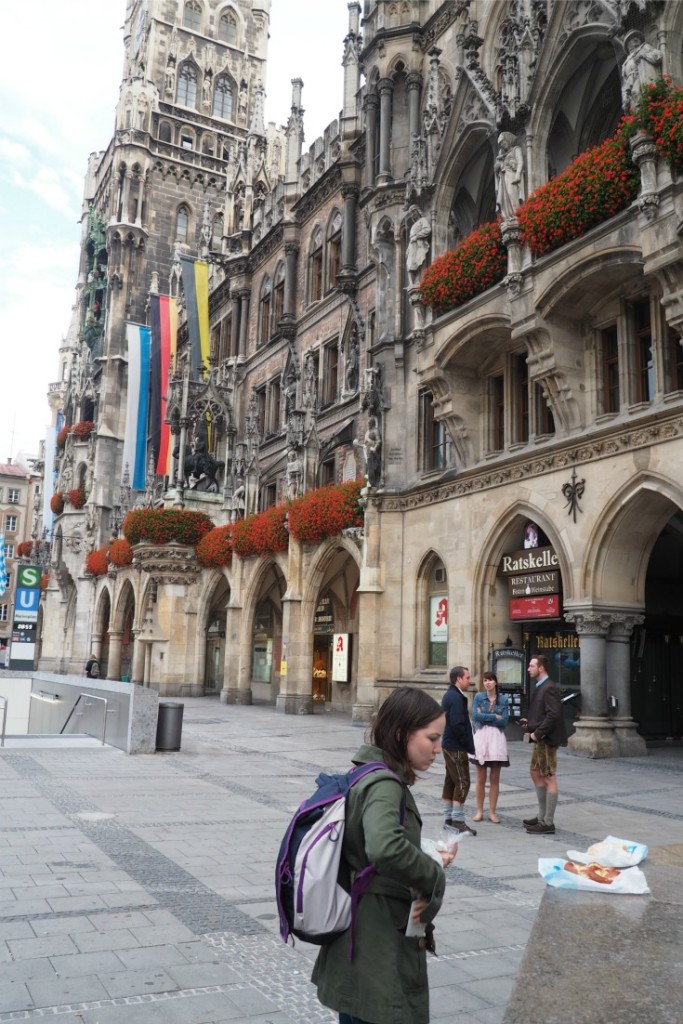 Next we headed over to Oktoberfest. We weren’t dressed properly and were not planning on drinking beer. Mostly we just scoped it out. Since we had been up for hours, I had to keep reminding myself that it wasn’t even 10am yet; it would get a lot busier as the day went on. Next year we will do Oktoberfest right. 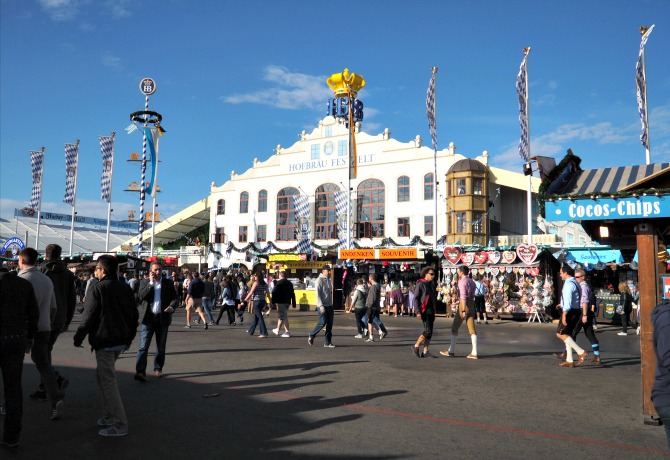 Salzburg was not so easy. Awhile after getting on the train, we realized….the German-Austrian border is closed. It was easy enough getting in: we just had to switch to a bus in Freilassing to go over the border into Salzburg. There were many refugees camping out right on the border. 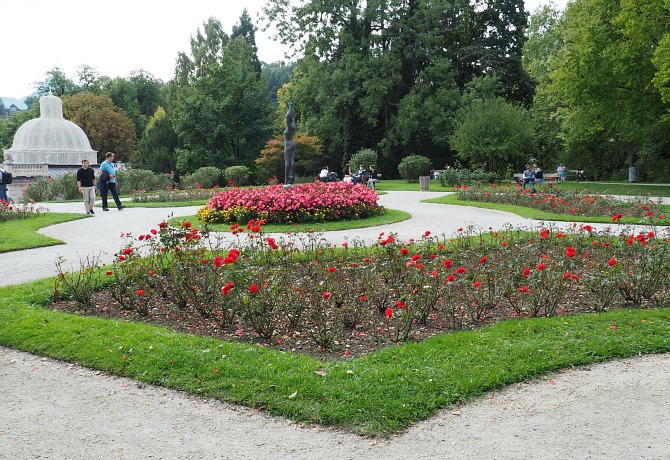 View from our lunch spot in Salzburg

In Salzburg we walked around a lot, had a picnic, visited churches. We saw the outside of a lot of famous places. Hiked up a mountain, too. When the city grew, they literally just cut off the mountain. 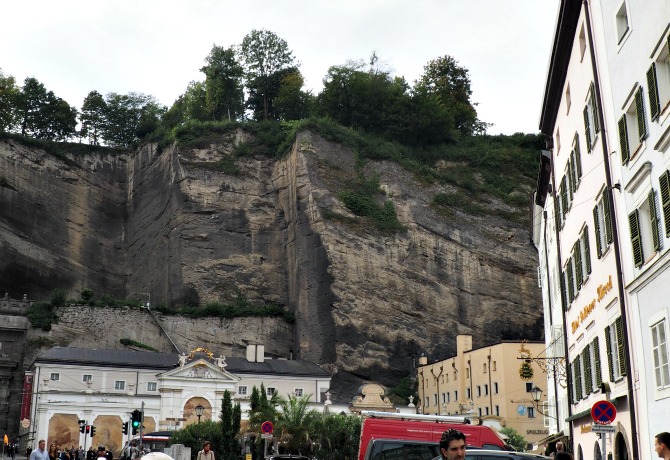 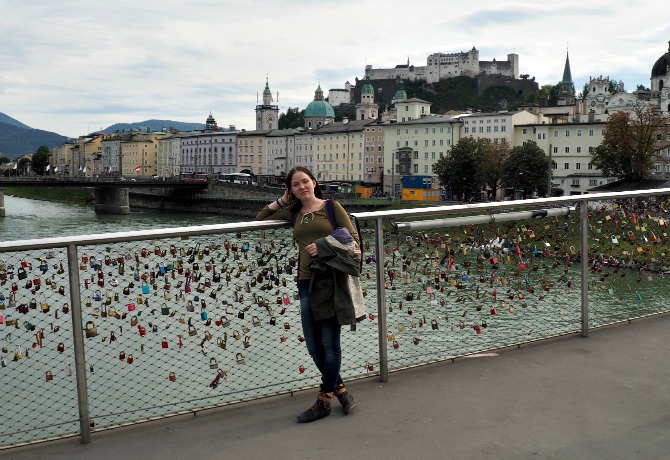 We also made sure to get Mozartkugeln and Apfelstrudel, which are a big deal in Salzburg. Both were very good. 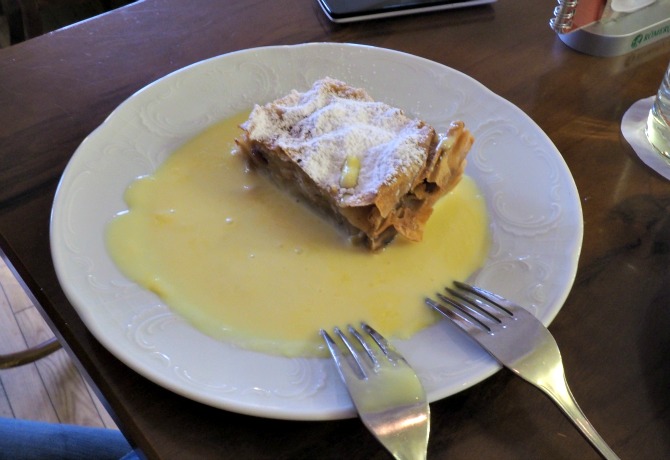 Then we tried to go home. First, we missed our bus to Freilassing. When the next one came an hour later, we had to transfer buses. We barely missed our transfer, and had to wait on the side of the road with 20 other people for half an hour until the next very overcrowded bus came.

Border control was stupidly easy at least and we didn’t have to wait long for our train to Munich. We didn’t even have to show our passports. Yay white privilege. On the 2 hour ride, we sketched comics about our day. I’ll post them sometime.

We visited Oktoberfest again, this time actually getting a very good wurst. But there was much less Tracht, a lot more people, and a lot more drunk people in the evening. So we learned: next year, when we do it right, we will go early in the morning. Much better. 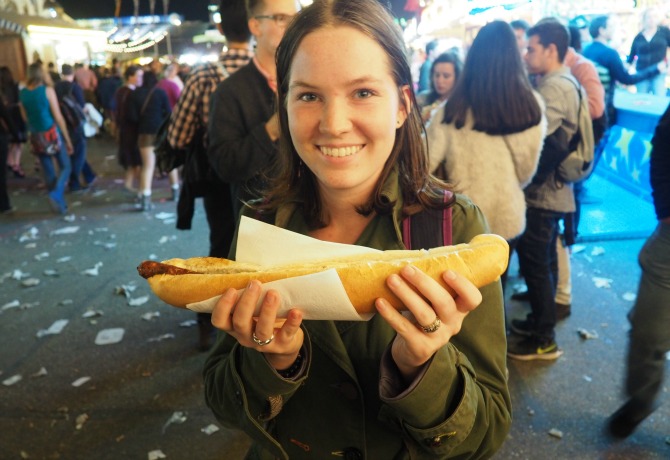 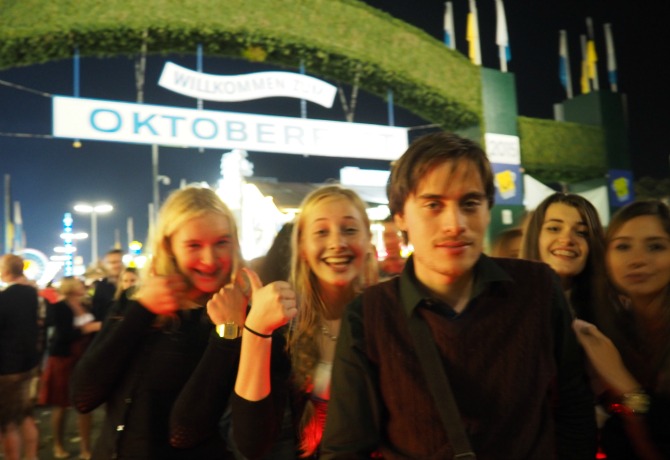 William got photobombed as we were leaving

All in all it was a very good, adventurous day. It felt good to actually do something on the weekend.