Most of my morning today was spent washing windows. But when that was over, I got to go trim the grass around trees in the chicken’s area while William mowed. I was so entertained by the chickens! I would talk to them and some of them would just kind of watch me. I couldn’t tell if they were interested in me or annoyed that I was in their way. I think interested…at one point one of them was staring at my shoes and pecked at it once to see if it might be food.

And two of them loved William! The chickens were not scared of the mower at all, and these two were even following him around all day. Most likely they just realized that they could get to the bugs easier when the grass was short, but I like to think that they were in love with William. I call this one his girlfriend, since she not only followed him while he was working, but also was more than happy to let him take her picture: 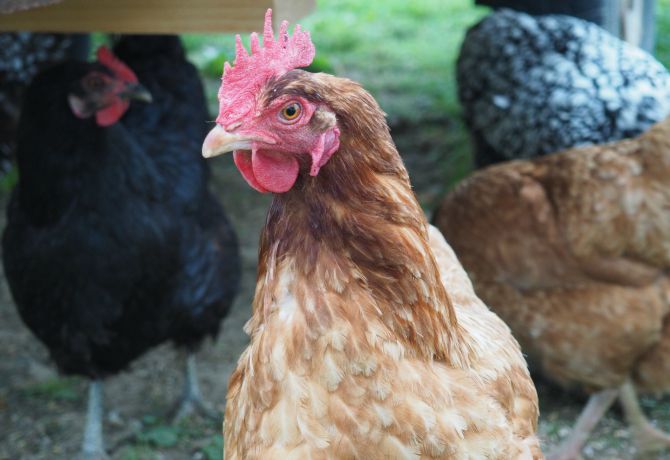 I also got to feed them some kitchen scraps and was super amused by how excited they were for the food. Some of them ended up with food on their heads because they were eating before I was finished dumping everything out. Like I said, I love chickens.

The evening was fairly mellow. I wrote, and William was bored so he went and made schnapps. He also helped move our host’s new toy. One of the things they do here is make wooden columns, and there is a huge workshop. Something that is the same in every culture: husbands buying big tools that there is no room for (right, mom?).

And we got to try schnapps from previous years today, diluted in water. They were pretty strong. After a sip or two, what I came up with was “my esophagus feels tipsy.” Good, though. 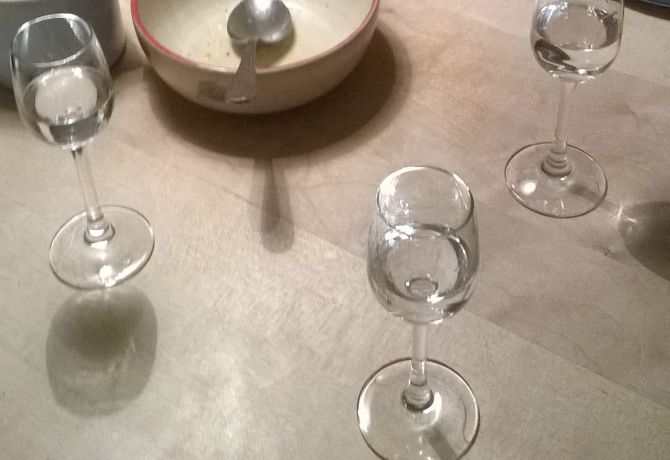 8. September – Where the Mower Can’t Go

This morning our hosts and H went to Augsburg for the day, so we had the place to ourselves. Still had work to do, though – trimming more strawberries, mowing the lawn, and cutting what the mower missed. Yeah, I went around with a knife cutting the grass that the mower couldn’t reach. Fun times.

Part of everyone being gone meant that we had to prepare lunch for ourselves. There was some leftover organic pasta in the fridge, so we decided to use that. We picked tomatoes and herbs from the garden and found an onion that we picked last week to make a sauce. Cooked in butter and topped with cheese that were both local and grass fed. And absolutely delicious meal, as simple as it was. And have I mentioned how much I love the food quality here?!

After work, we decided that we should actually go to something. So we took a leisurely bike right to Bad Wörishofen, which is about 7km away. We rode through some really small towns, like Irpisdorf and Obergammenrid. There were lots of cows. Both had cute little chapels. Here is the one in Irpisdorf: 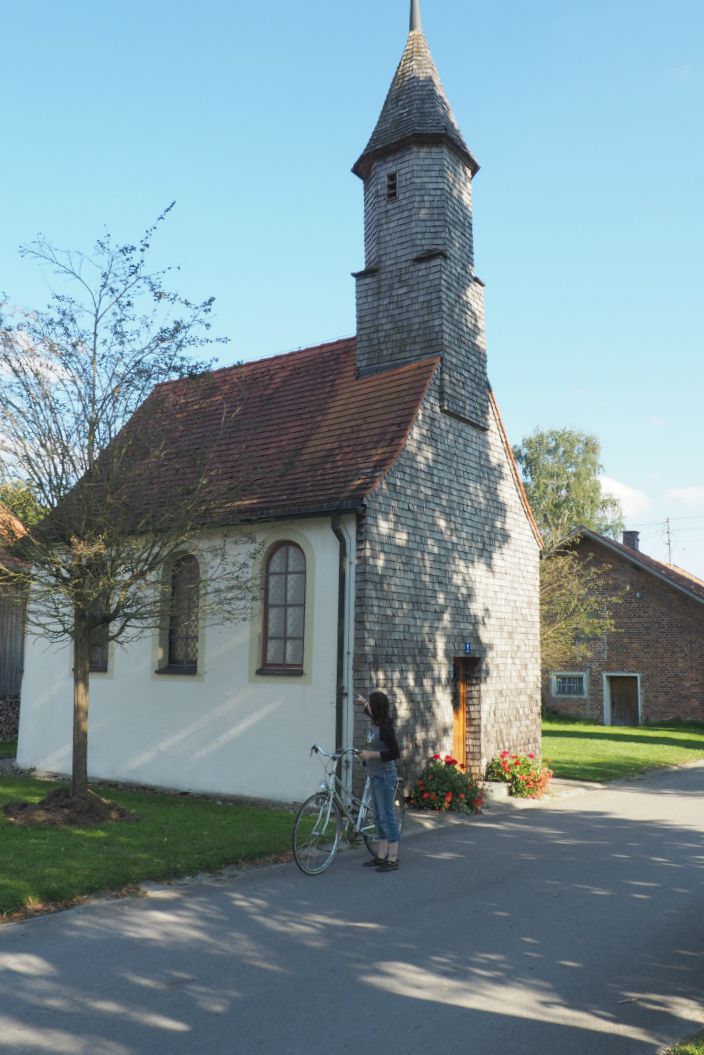 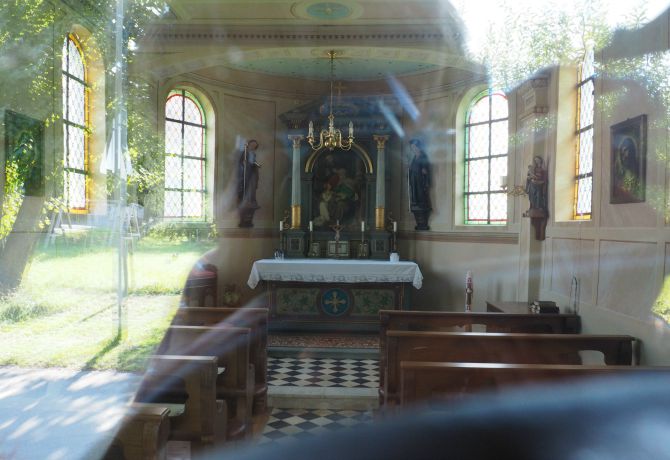 Crappy picture, but you can still see the nice inside

Bad Wörishofen, as the name suggests, has a couple spas in it. We found a brochure for one that sounds very nice. Something to keep in mind if we have any spare cash during one of William’s school breaks.

We didn’t have a lot of time, as it was already late when we left. We of course visited the Catholic church in town before walking around the pedestrian zone and enjoying ein Kugel Eis (one scoop of ice cream) for 1€. Then it was time to head back to the farm before it got dark. We will definitely be visiting again when we have more time and the shops are open.

P.S. Tomorrow I am finally going to remember to send out my “weekly” newsletter with links to my posts and my German word of the week – Zwetschgendatschi, a type of dessert. If you don’t want to check back every day for new posts, you can sign up to receive the newsletter here.