So I have mentioned that our apartment was not finished when we moved in. Our rent was reduced for the first month because of this. There were workmen (who our landlord has known for 20 years) here every day until the shower was finally finished on Friday. It wasn’t exactly fun to not have a shower and for there to be dirt everywhere. But hey, we chose to move in early.

The work isn’t entirely done yet, and everything still needs a good cleaning. Everything is still unfurnished. But progress is being made: we have a shower, soon we will have a washing machine, and the oven and the dishwasher are running.

So I figured I would show you some of the “before pictures” in order to really impress you when everything is finished. Most of these were taken our first or second night there.

Here are some shots of our room the first night. Lots of piles and bags. And a bed sitting on the plastic it was wrapped in in the middle of the floor. To be done: organization, lighting, and furniture. 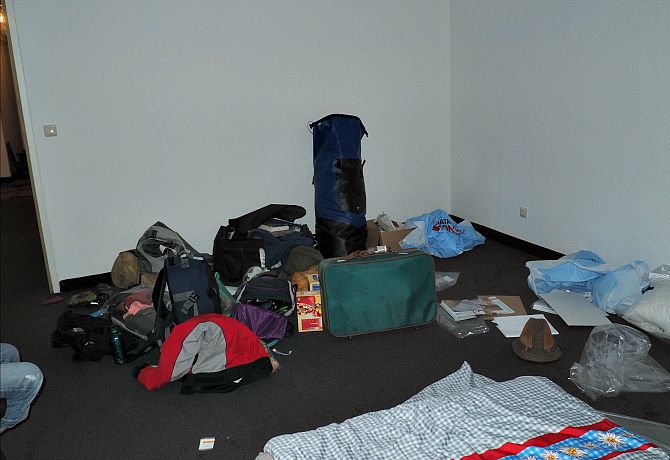 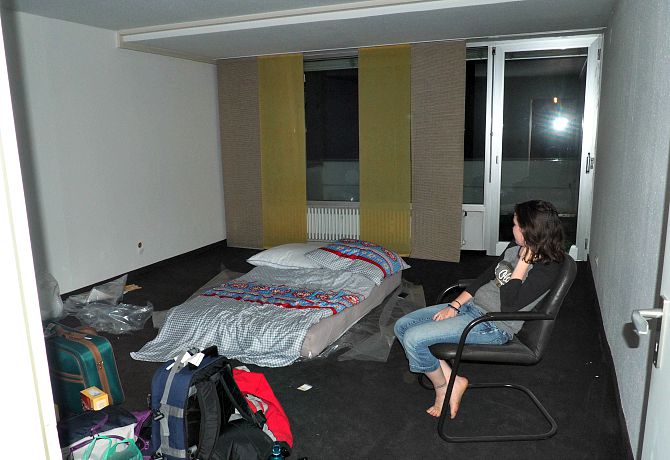 That door in the second picture leads out to a large balcony. To be done this fall: weeding. To be done in spring: utilizing the planter. 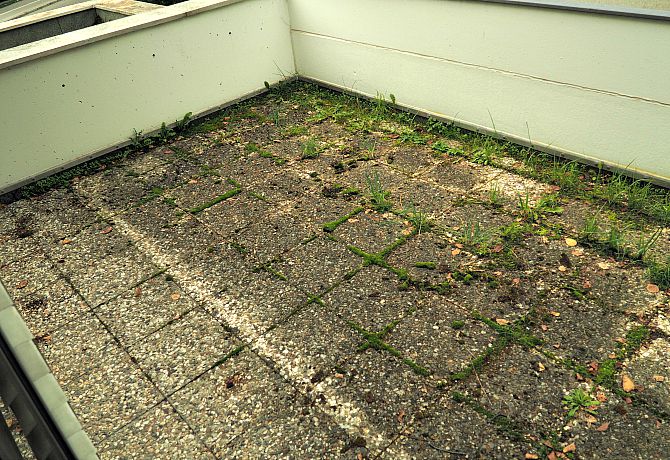 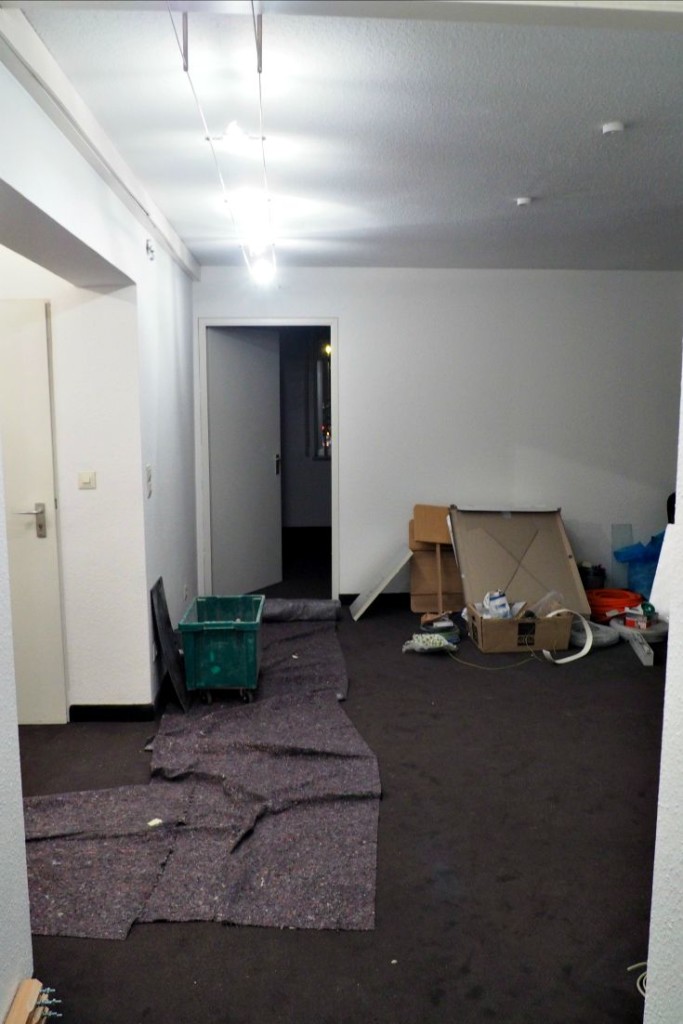 The living room. To be done: cleaned, furnished, refrigerator moved to the kitchen. 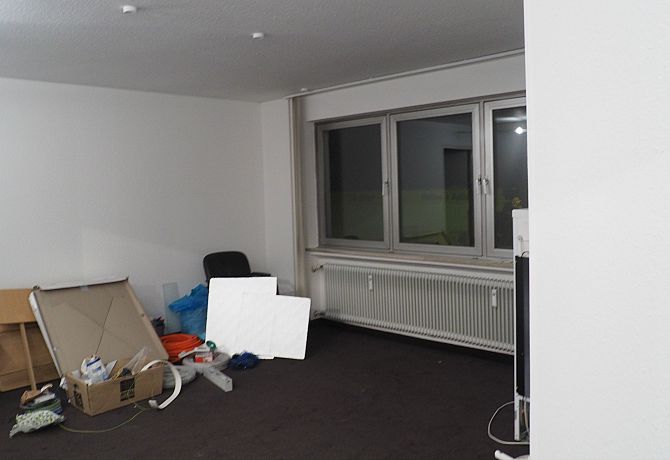 The shower. To be done: put the shower in and make it not look like a creepy storage room in the basement (done!). 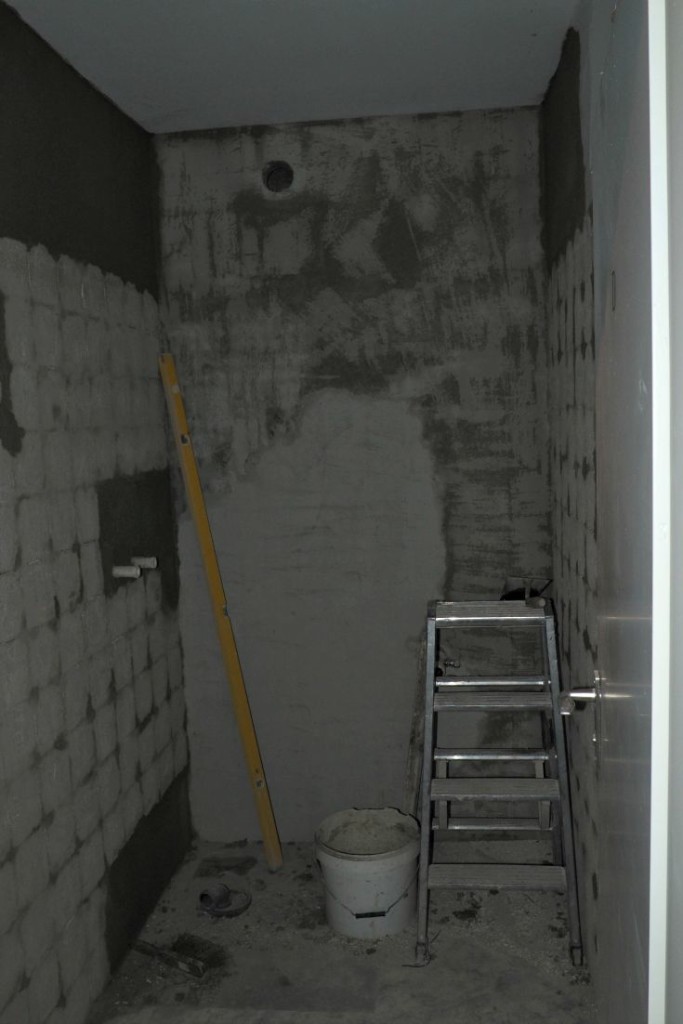 Outside the bathrooms (cleaned up now): 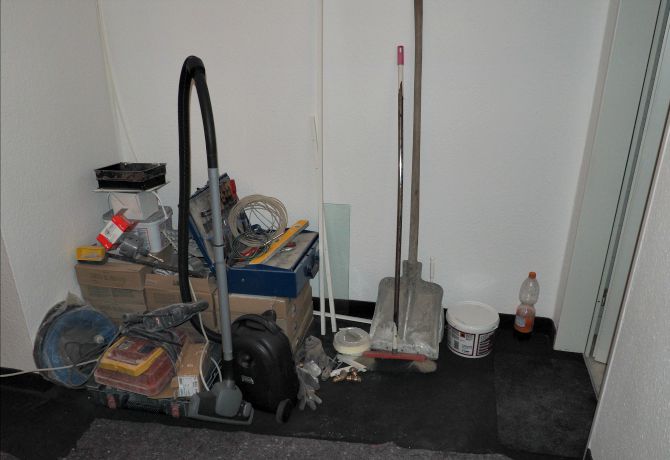 The second bathroom. With a toilet! To be done: Get a washing machine, and a faucet that allows for hot water (the second part is done!). 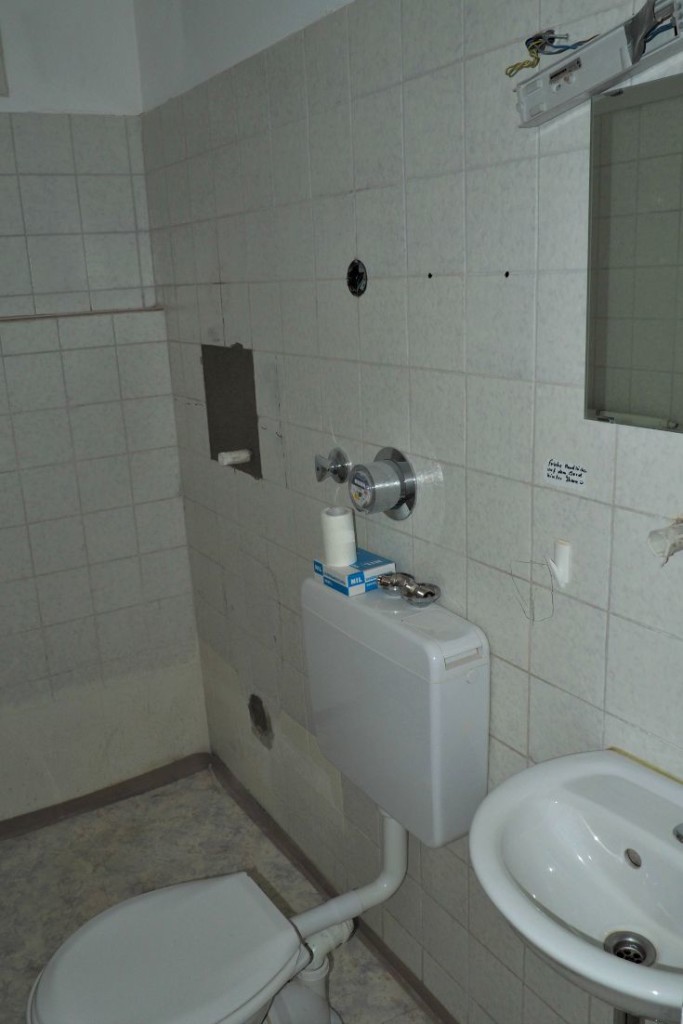 The kitchen. To be done: Hook up the tiny dishwasher (done!), add the large refrigerator, stock with food (getting there), dishes (done!), and cooking utensils (getting there). As well as soap, garbage cans, and other methods of cleaning this place.

And now, when we can give you the finished photo tour, you will really be able to appreciate how nice this place is!