Lots of goodbyes and well wishes at church. Brunch with our immediate families. Last minute packing and a lot of cleaning. Tearful goodbyes and picture at the airport. We were so worried something would go wrong with baggage, but our 4 checked bags weighed in at 22.4kg each (weight limit 23kg) and we had no issues with our vast quantity of carry-on. We got to the airport early, so there was a lot of sitting around. But better early than late! 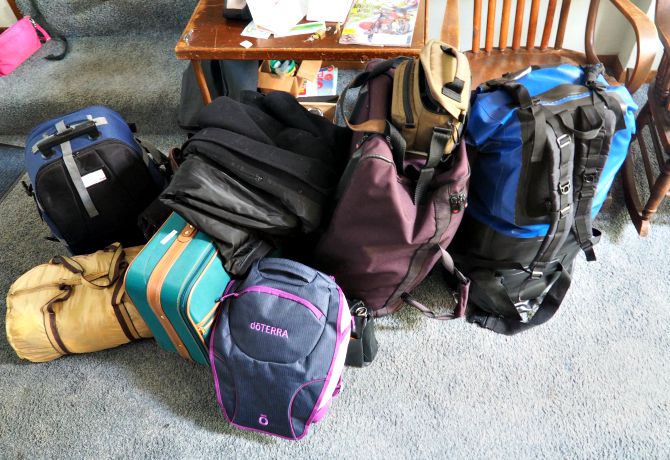 Watched movies and listened to music on the plane. Wasn’t feeling reading. We were in the middle bank of seats, which made sleeping even harder than usually. And it was so dry. I’ve never been on such a dry flight before, and I have flown this airline multiple times. While trying to sleep a baby was crying, and I couldn’t even be upset or annoyed by it because I wanted to cry! My nose and throat were raw, but I couldn’t drink enough water. Thankfully I could still catch a couple zzz’s. Literally a couple, but better than none.

The adventure really started after getting off the plane. It was in the 30’s in Germany. That’s about 90°F. I was in all black, William was in a wool suit, and we had a lot of luggage. The customs guy didn’t speak one word to us. He nodded at me instead of calling next, and he never told us we were good to go. He just looked and our passports and handed them back when he was satisfied!

After getting our bags, we walked to what felt like the other side of Frankfurt to get our car. We could only find SIM cards, not phones themselves, and I had copied down the number for William’s relative in Darmstadt wrong. So we couldn’t even call her from the payphone to tell her we would be late. By the time we got to the car, I was having a really good cry. Much needed. 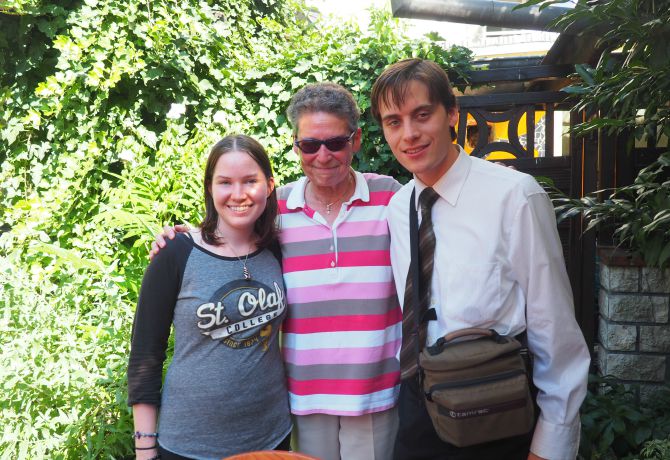 Us at lunch with Ursula

Getting used to the new car and German roads was stressful even from the passenger seat! Nothing in particular, just new signs and not know the city, etc. But we made it to Darmstadt, about a half hour south of Frankfurt. And, miracle of miracles, William’s relative Ursula was still there and we were able to find her, even without a phone and being over an hour late. She graciously took us our for a late lunch. We had a wonderful German meal – sausage, kraut, and bread for me, and schnitzel with potatoes for William. A groß Mineralwasser helped me recover from my perpetual dehydration. It was very nice to have a friendly face and someone we know over here. 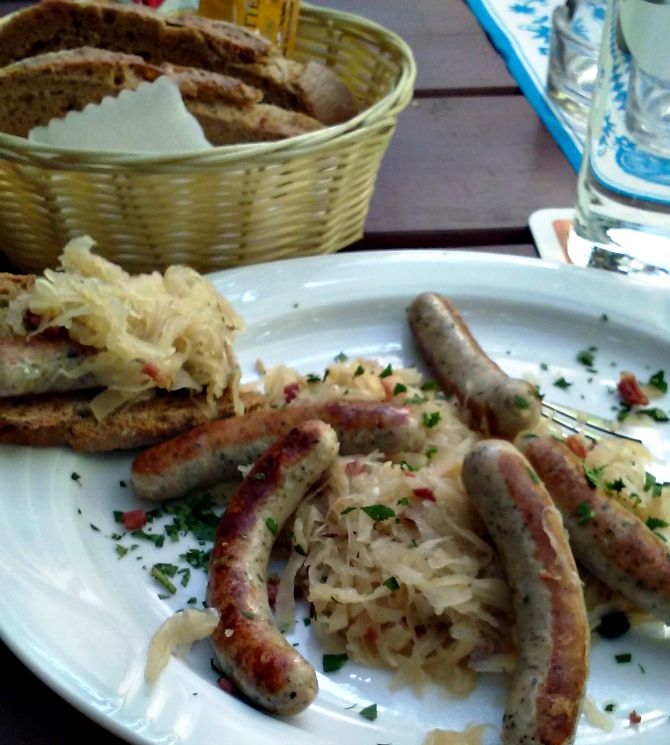 My sausage, kraut, and bread

We got lost trying to find the Autobahn (Which, by the way, it not that exciting. It’s a highway system.), but got there eventually and started looking for a place to stay for the night. After striking out in the area around Heppenberg, I started crying again because my heat exhaustion came back and I was tired and I was worried that we hadn’t found WiFi to check our plans for the next day and tell my parents we had arrived.

Side note: WiFi is everywhere in Europe. Except in Germany. They are stingy b****es that want you to pay for internet, if they even offer it at all. But hey, at least I have it now!

Eventually we decided to keep going and try to get closer to Kaufbeuren. We drove almost to Bad Wildbad. (Well, WIlliam drove. I kept falling asleep, waking occasionally to navigate.) We stayed at the first hotel we saw. It was nice, if a bit expensive and lacking WiFi. We pretty much just rehydrated and crashed. Probably around 9pm.