Kaufbeuren. The town where all this will be taking place.

Reactions we typically get: “Kauf-what?” and “Where is that?”

So let me tell you a bit about this little Bavarian town, which much help from Will.

Kaufbeuren is an urban district completely surrounded by the rural district of Ostallgäu. Think of rural districts as similar to counties. Urban districts are usually a larger town with a few suburbs that functions as its own “county.” It is in the state of Bayern (Bavaria) in south-east Germany. It is about an hour south-west of Munich by train, and an directly north of the Alps.

This map will show you were we will be in the grander scheme of Germany: 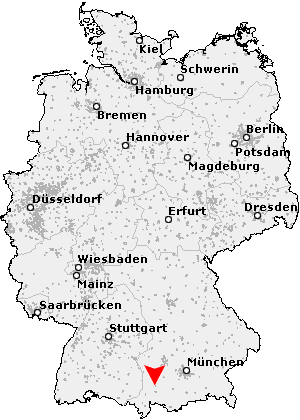 Kaufbeuren is the Altstadt (“old city”), with four “suburbs.” The largest is Neugablonz, followed by the very small towns of Hirschzell, Kemnat, and Oberbeuren. In total, the population of these 5 towns is about 44,000. About 5,000 are Ausländer (foreigners).

Because every people that moves into a town in Germany must register with the city, there is a lot of very interesting data available to the public about the demographics of a town. I could tell you how many people are single, married, partnered, divorced, or widowed, as well as how many people come from any given country (as of 2014, there were 35 Americans). I know that in 2014 there were 10 centenarians, three of whom were 102 years old. Over 20,000 are Catholic, 9,000 are Lutheran, and a whopping 14,000 are something else.

I really like statistics. I had fun with the document William found with this information.

Neugablonz is where Will’s school is located. A little over 13,000 live here. It was founded after WWII by refugees from the town of Gablonz (now called Jablonec nad Nisou, Czech Republic). Neugablonz is up a nice big hill from Kaufbeuren. Makes biking difficult, but the road up has a beautiful view: 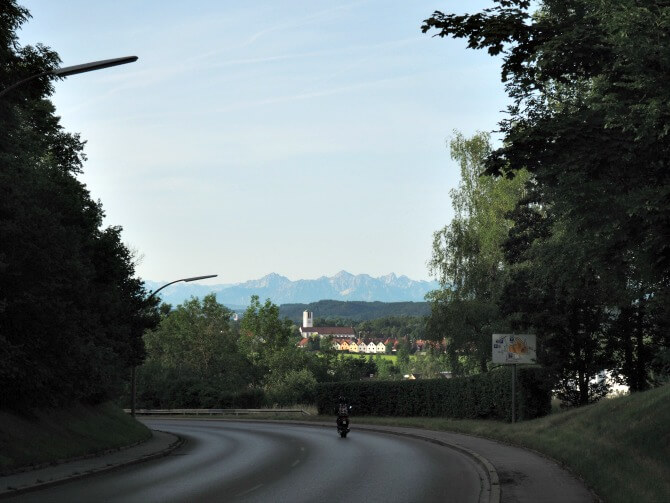 Kaufbeuren itself was founded around 740 AD as a Frankish military base, but there is evidence of the area having inhabitants as early as the Neolithic Age. It was first documented in 1112, and has a church that was built in 1182 (although it is no longer used as a church, it is still a functional building!). It was a very wealthy city by the late Middle Ages.

During the reformation, the majority of Kaufbeuren converted to Protestantism. However, eventually the town went back towards Catholicism, which has remained the dominant religion (as in all of Bavaria).

Kaufberuen became part of Bavaria at the beginning of 1800. The Industrial Revolution shortly following allowed its population to triple in the 19th century. Following WWII and the settlement of Neugablonz, an economic boom brought the population up to where it is today, and has remained for several decades. 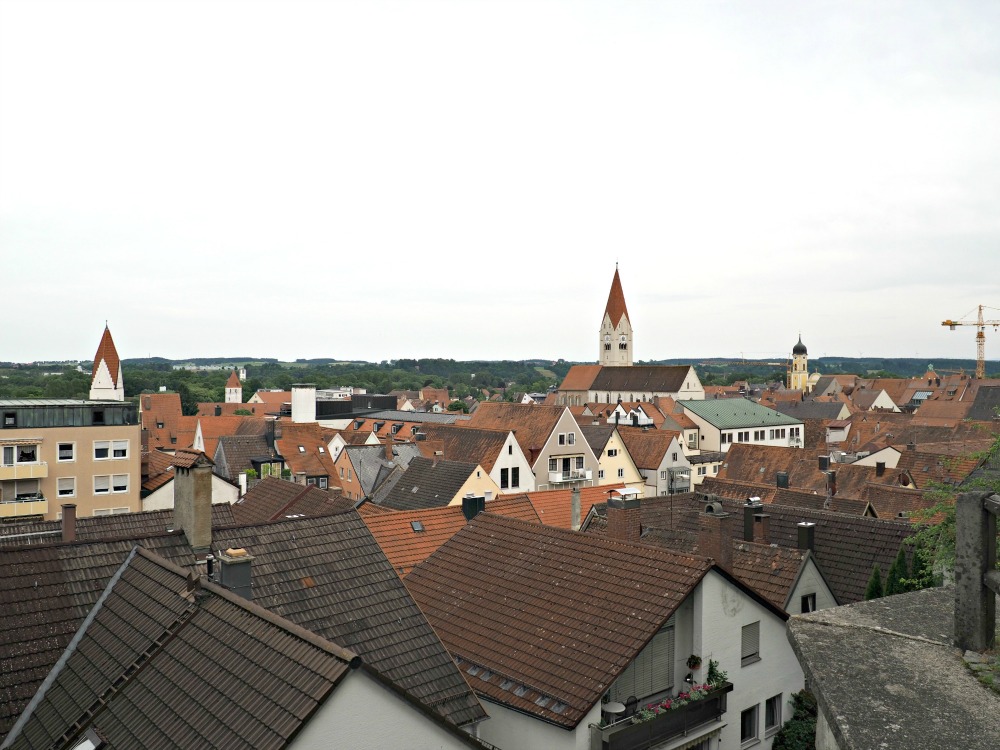 Thinking of visiting Kaufbeuren? Here are some things you can do in the town: